Polytechnic Hostel life is The Golden Age of My Life

Still, I have remembered the day, I entered in my hostel in 2007 for the first time. I was so excited and little worried to start a new phase of my life far apart from my parents and family. I was a latecomer, as my selection was held in Govt Girls Polytechnic Gorakhpur, But I preferred to transfer at Govt. Girls Polytechnic Lucknow. The whole process took about two months. It was a big challenge to complete the syllabus with self-study to match the current chapters proceeding in the class and also to make some new friends.

I was allotted room no 1 in C Block Of ABC Block. All three Blocks have a Common Mess And a Common Hall. I have three roommates with me in my room. Two of them were cousin( Ruchi & Pooja) and have same stream Electronics, I (Priya) Had IT(Information Technology) and Remaining (Preeti) had IDD (Interior Designing & Decoration).

They all welcomed me. Then I met with Other Girls of my stream. All were from different places. Then they started telling me about the stories of our seniors, how they behaved with the First year in the name of Intro. Although Ragging was banned at that time quite a torture on the first year was acceptable at the name of Intro. Torture does not mean beating or causing injury here. It only means to stand them out in the corridor with down heads seeing their knees. No movement was allowed till their next order and only They had the right to decide which activity will be performed by that particular first-year student.

We have to wish or talk in proper Hindi. they wanted us to put lots of oil in our hairs and tie them up. We can only wear an ethnic suit and that would be the combination of three different suits i.e. shirt from a different set, trouser from different set and dupatta from a different set. No westerns and tight clothing were allowed for the first year.

Some of the activities we performed were :

1. Be the whistle of pressure cooker- In this, you have to bend down on your knees and move round and round your body in the upward direction with the sound like a whistle in a pressure cooker.

3. Be a lizard: In this, you would be stick like a lizard on the wall near you.

4. Give them a salute on a 90-degree angle: In such activity bent your back down at 90 degrees and salute them by moving your hand from backward to forward with saying aadab arj hai ABC didi ji.

6. Put your smile under the coffin: This was a punishment if you were caught laughing or talking with each other during the intro section. In this, you have to pretend like you are digging a hole on the earth and covering it after putting your smile inside this.

7. There was another punishment if you are failed to recognize a senior, then you have to write her name and related information on a paper 100 (or as they demand) times.

Beside these dancing, singing, was the easiest demands. The first year gals could not talk with mess vale bhaiya ji(workers). There was an announcement to collect the first semester on the corridor before the intro session started. It was “pratham arddhvarshik satr ki sabhi chatrayen C block ke prangan me ekatrit hon” (All the girls of the first semester are ordered to collect at the corridor of ground floor). The time limit of this session was not fixed. That depend on the mood of seniors. Sometimes it is about 5 to 6 hours.

We must call the seniors by putting ‘Didi ji after their names. like ABC Didi Ji. One most irritating thing was every single one from the first year must be aware of the name, stream, and room no of every senior and super senior. Now tell me, how it is possible to remember the information about them when there are hundreds of girls with different streams, different batch, and different rooms. Anyhow if you got the information, how will you recognize that particular girl with a face as we are not allowed to see their face anywhere including mess, attendance hall, etc.. We would have always our neck down. Everyone did hide herself to prevent from the site of seniors.

It was too long. One semester was over exams of other semester were about to come and our introduction was continuing. Everyone was feeling sick of that. Fear was over, concern for exams was seeing in every student. Then they put a condition to release us from this so-called intro. They asked for a full torture a whole week and then a welcome party. Most of the first year refused it and finally, they left us without a fresher party.

It is good having some humour and fun but above a limit, it becomes the torture. It is only good when both parties are equally enjoying it. Forcefully and for a time of one year is not acceptable. Intro session should be finished after a week and a fresher party is the medium to make comfortable your juniors with you. That’s why I didn’t make a too close a connection with any senior. My favourite was my super senior Madhubala didi. Veena didi was my most favourite. Still, we are in contact. We both reached at Gorakhpur for the same day in the same train and applied for a transfer to GGP L and luckily got admission in GGPL on the same day. I never used to go for an intro from my juniors.

In the second year, we shifted our room on the top floor of A block. There are lots of memories I can’t explain in a single blog. As, I have done my three years diploma in June 2010 with honours there. Now it was the time to leave the hostel.We all hadtears in our eyes and a heavy heart. Now I have only my slam book written by my friends and those sweet lifetime memories.

It was a government hostel, so conditions were not so good. The windows had broken glasses. Each time we returned from the vacation, pigeons made their nest on our cupboards and their poops we’re all around the room. Both of us used to clean it for hours. I learned a lot of things there. The best of them are, Live together, eat together, sharing, caring, respecting, cooperating, etc.

Before going to the hostel I wake up early morning at 5 AM and sleep on sharp 11 PM. I rarely eat any vegetable beside potato but after going to the hostel I started eating vegetables and learn late night sleeping and waking up late morning. The whole journey of three years was full of adventures, drama, emotions, competition, and enjoyment. My batchmates were hard working and fully concerned about their studies. All were supportive and caring. Far from our family, we were the family of each other.

Many of my friends are doing best in their carrier. Some have govt Job.  Well the good thing is, We all roommates and many of my batchmates are still in touch. Through this blog I just want to reminder to tell them I miss you all. Thanks for being part of my life. Everyone must have an experience of living in the hostel. It’s amazing. 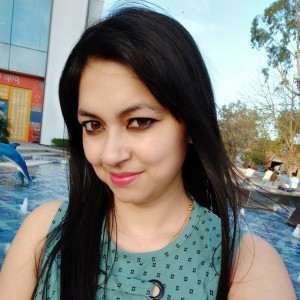